Phil Donahue and Sally Jesse Raphael turned me gay. At the very least, they get credit for beginning my pre-porn video collection. With increasing frequency throughout the 1980’s, daytime talk shows ran male-stripper stories. Initially, I think, they were ostensibly “about” male stripping. They would actually interview them to learn about their career choices or pretend that it was a “fashion show.” But by the late 80’s, they were unapologetic strip shows, with the boys swinging from poles and tugging off their breakaway pants to shake their moneymakers dressed only in thongs and g-strings. 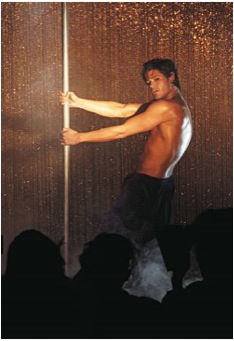 As a gay adolescent, this opened up a whole new world to me. I began combing through the TV guide to plan ahead for upcoming male strip show-themed episodes. I’d pop a blank in the VCR and record the celebrations of man-flesh in order to “enjoy” them over and over (and over, and over…). 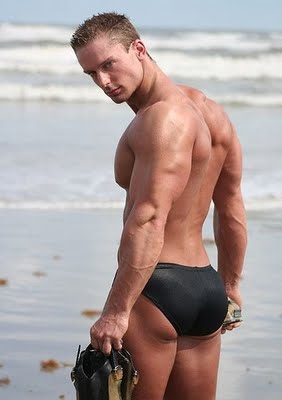 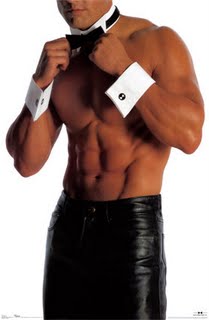 Finally, a shout out to the total trash TV diva, Sally Jesse Raphael. Sally more frequently used the gimmick of the “Hunk Contest” as the excuse to parade near-naked harbodies and jack up the ratings (other things were jacked as well…). I remember one “contest” modeled after a beauty pageant, where instead of an evening gown competition, the hotties paraded out in their favorite sports costume. One pec-tacularly gorgeous babyface walked the runway in amateur wrestling gear, including shrugging his shoulders out of the shoulder straps and rolling the outfit down to his waist. Considering my already existing obsession with the homoeroticism of wrestling, this was like a sign from God: worship the hardbody wrestler hunk! (Yes, sir!). In a devastatingly tragic twist, somewhere along my transition to adulthood I lost my pre-porn collection of daytime stripper hunks (thus most of these pics are an homage to, rather than evidence of the clips I describe). These days, I’d love to see them again, just for (well, mostly for) nostalgia’s sake.

Other daytime trash TV shows have exploited the genre of male strippers to give a shot in the arm to ratings. For me, though, some of the roots of my adult sexual fetishes trace directly to Phil Donahue and Sally Jesse Raphael, and the thrilling celebration of near-naked male bodies being worshipped for their stunning beauty.

One thought on “What Turned Me Gay (not really)”