The first half of the BG East Besties ballot never seems to generate as much controversy as the second half. Turning our focus on individual wrestlers seems to incite even more fevered debates about tastes and types and loyalties. BGE has gone six deep for each category, so there’s bound to be someone for everyone to fight over. Definitely don’t just take my word for who you should vote for, but by all means, vote. And in case you aren’t sure who you want to rally behind, feel free to take some inspiration from how I see things.

Last year Jonny Firestorm brought home the title as Best Heel at BG East. Jonny has owned this category for quite a while. The only time he hasn’t won, he wasn’t nominated, in which case Kid Karisma stepped up at grabbed the ring. This year pits these two legendary heels against each other and an equally diverse field of styles, attitudes, and interpretations of the word “heel.”

The field for top babyface highlights how these awards reflect so much more about the fans than the wrestlers. Some of these guys I wouldn’t classify as babyfaces.  Past winners like Biff Farrell and Jake Jenkins are as absent from the poll as they were scarce in new releases this year. So one of these guys is going to take the title for the first time:

As with the heel category, I’m picking a dark horse candidate for as much sentimental reasons as anything else. Mitch Colby epitomizes the erotic-forward babyface that can only inhabit the world of homoerotic wrestling. His epic dismantling of the legendary heel Cage Thunder demonstrates perfectly the distinction that I think so many fans struggle with in distinguishing between a hot jobber and a babyface. And as his opponent has acknowledged, Mitch was in the best shape of his life for that match. I do think it’s criminal that Christian Taylor did not make the ballot. If pressed for a second place, I’d probably go for Richie Douglas. I’m uncertain what character type Zip Zarella is growing into, but he could easily get my vote for top babyface or top heel with a couple more matches under his belt to signal his underlying moral compass. This category seems wide open for predicting a popular vote getter, but I’m thinking things could swing Richie or Mitch’s way.

There’s some serious range in interpretations of a jobber among the field for Jobber of the Year. Last year’s winner Ty Alexander is back in the offing, despite his pretty decisive heel turn this year. In fact, I think at least of couple of the nominees this year lack that inevitability about them that I expect to see in a jobber. Take a look at what I’m talking about:

On the one hand, I do love watching Kirk Donahue get his awardless ass beat again and again. But honestly, the perfect depiction of a jobber is Drake’s match trying to reinvent himself as El Favorito. El Favorito is Drake’s acknowledgment that he’s a jobber, that he’s destined to get plowed under, despite his impeccable skills. Perhaps with a new name, Drake muses that he can start over as something other than a jobber. And then Thrash thrashes him like the jobber he is, in or out of a mask, under any name.  If I were a betting man, I’d guess that Ty, despite openly acknowledging on tape that he is no longer a jobber, may take this again because… social media.

There was some insane, out of the blue drama a few months back with last year’s Debut of the Year winner, Beauxregard. The category is, by no means, a guarantee of success or respect. In some ways I think Ty Alexander may be the exception when it comes to parlaying the Debut of the Year award into a solid BGE career platform. Beaux, Kip Sorell, Eli Black… it may be possible that this is a “peaked too soon” award for most (though, of course, I’m always hoping to see Eli elevate his BGE game). So this year’s nominees should beware, take nothing for granted. Winning Debut of the Year is, at best, just the start of your hard work on the way to success. The newbies who should heed this warning include… 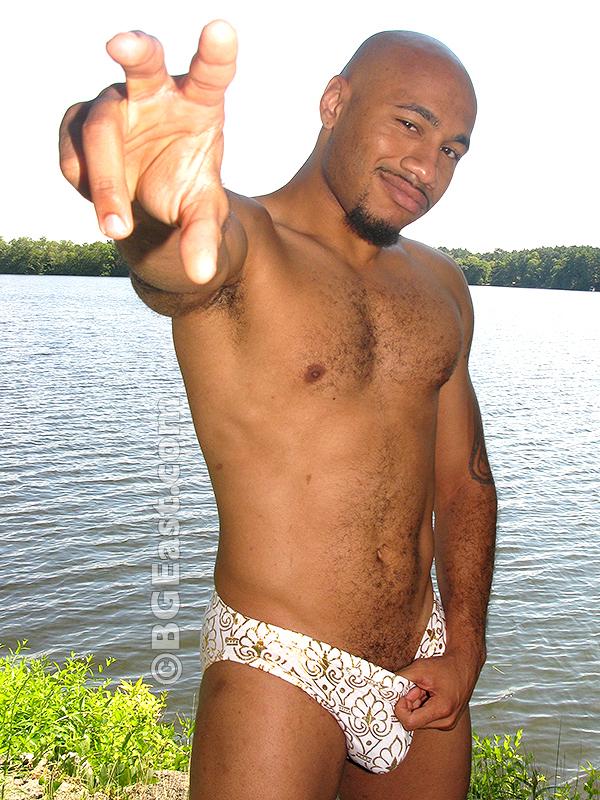 2017 provided a feast for six-pack lovers.  Last year’s winner Chace LaChance failed to make the cut, and personally I think it’s largely because the competition was so spectacular this year. Also absent were previous award winners Z-Man and Eli Black. So this is another category where someone new is guaranteed to take home the trophy this year. The possible breakout abdominal stars are…

Everyone’s a winner in this category, but when I cast my ballot, I’m going to vote for Payton Meadows. Every inch of Payton is dazzlingly gorgeous, but his abs are exceptionally ripped, balanced, and abs-olutely beautiful. Please, please, please let us see more of him (in every sense of the word) next year. His releases are far too far in between. Second place for me this year is, astonishingly, not Kid K. It was Carter Alexander’s superhuman core that was the standout star of his squash against Kayden, and as I said earlier, his side tat screams for worshiping his sweaty eight-pack. Playing the odds, I’d guess that Richie Douglas could take the title in the popular voting this year, though I never count out Kid K.

After years of there being one standout each season for best bulge, this is suddenly one of the most competitive categories. Last year’s winner, Kirk Donahue, is back to defend his title. Mr. Joshua, who wasn’t nominated last year but has owned the title more often than not, is back in contention. Cage Thunder’s throbbing rod not only blazed to full glory, but got used and abused by his babyface nemesis. And then there was the collective gasp throughout the homoerotic wrestling world when Steve Mason’s debut revealed one of the biggest power tools I’ve ever seen. The full slate looks like this…

I’m sticking with Mr. J in this year’s vote. His bulge continues to be so huge that it gets in the way of his wrestling. He continually has to adjust the packing. It walks into a room about 5 seconds before Mr. J does. And Cole Cassidy managed to display Mr. J’s legendary bulge from entirely new angles this year. I’ve got my eye on Steve Mason’s leviathan, though. I think there’s a chance I might be in the middle of the normal curve this time, and the popular vote might also swing to Mr. Joshua, though I wouldn’t be surprised to see Steve knock the competition out of his way with that billy club of his.

This is always one of the most hotly debated categories. I’ve already seen a certain nominee launch a full scale social media campaign to finally take home this trophy after coming in second place last year. Here’s who you get to pick from…

I’m more ambivalent about my vote than in past years, but honestly, who am I kidding? I’m voting for Kid Karisma’s phenomenal glutes again. They’re perfect. Magnificent, functional muscles resting atop those massive upper legs. Damn. A second place for me would be either Ty or the epic last minute debut of Noah Samson. Holy fuck, Noah’s ass is unbelievable. Not as tightly muscled and powerful, but aesthetically a work of art. I keep expecting Ty’s social media campaign to pull the rug out from beneath Kid K’s long ownership of this title. Perhaps this will be year Ty can sway a majority of voters to take their eyes off of Kid K’s glorious ass.

I was so thrilled last year, after years of promoting the obvious physical perfection of Kid Karisma, that I was finally joined by a majority of voters. This year’s field is, as always, hot competition to try to wrest this oft-traded title away: 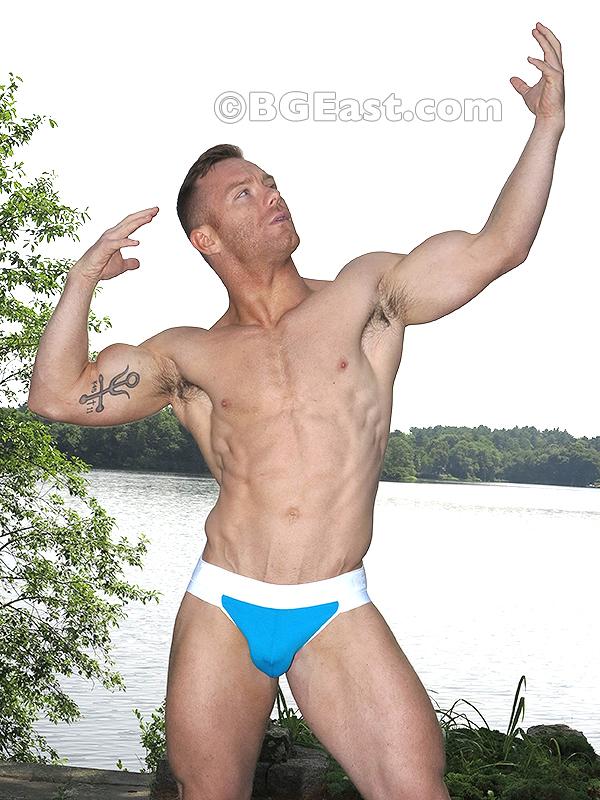 For my vote, this is a horse race between Kid Karisma and Peyton Meadows. I’d give Payton the edge for his pecs and abs, and Kid K the advantage for arms and shoulders. But the balance of power tilts on Kid K’s full, muscular leg development (including the often overlooked calves). So I’m inclined to, once again, worship at the feet of Kid K as the Best Body at BG East in 2017. Just to confirm my evaluation, I’d love to see these two physical specimens side by side… and then on top of each other, pounding into each other, squeezing, shoving, and grinding each other. As for who the popular vote will tilt toward, I most frequently guess this one wrong. But my (probably wrong) guess this year is that it will go to Kid K or, perhaps, Van, though I do think Payton is slowly accumulating an audience of gasping fans (in addition to me), with the slow trickle of his new releases over time.

This was a spectacular slate of nominees, and I’m not just saying that because I was on the nominating committee. In fact, several of my top choices changed as a result of seeing the official ballot and being reminded by other nominators of choice contenders that deserved a second look. In the coming days, I’ll keep reflecting on categories that aren’t reflected on the official ballots, but matter a lot to me. In the mean time, give your best argument (respectfully) for your votes in the comments below.

5 thoughts on “And the Nominees Are…”