We haven’t had fun with a Friday Fashion post in a while, so let’s take a look at two wrestlers who showed up in the same gear, and ask ourselves that crucial question, “Who wore it best?”  This time around, we dip into the quickly growing catalog of matches from producer Cameron Matthews available on Wrestler4Hire. Two of my favorite wrestlers from that site, Alex Oliver and Joey Angel, donned the same blue wrestling singlet with an asymmetrical sash of white color diagonal across the midsection. As for me, I’m infatuated with both of these sensationally sexy boys in any gear they want to show up in. I’d love to see some muscle worship of both of these different body types, and if Cam needs a blogger fan to help out with that post-match, either nursing bruised muscles or devoutly lauding their victorious physiques, he knows where to reach me. In particular, I think Alex and Joey possess two of the sexiest asses in wrestling these days, and if there were any justice at all in the world (increasingly doubtful), we’d get to see Kid Karisma join Alex and Joey for a 3-way three-for-all to determine the undisputed, cross-federation global champion for best butt. Until that time (I’m not holding my breath), let’s focus on Alex and Joey, and the bold challenge they pose one another by sliding their gorgeous bodies into the very same sensationally snug wrestling singlet.  Check out their matches on W4H, consider the photographic evidence I’ve captured below, and vote for who you think wore it best. 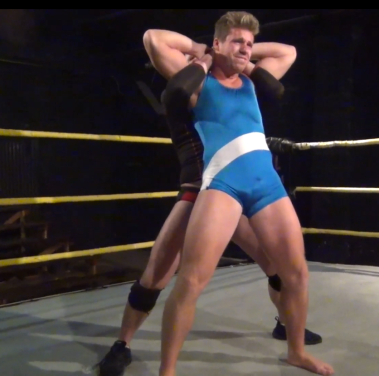 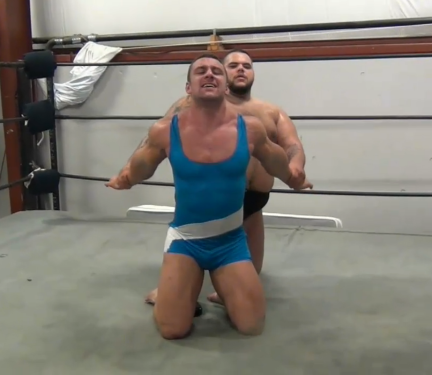 Here on the left, Alex gets stretched out by Brendan Cage, showing off Alex’s hotly muscled fratboy body from the front.  On the right, Joey nearly gets his bodybuilder arms ripped out of their sockets by the Mountain, demonstrating how Joe’s shorter, but beefier build makes the same singlet stretch and bulge with subtle differences. 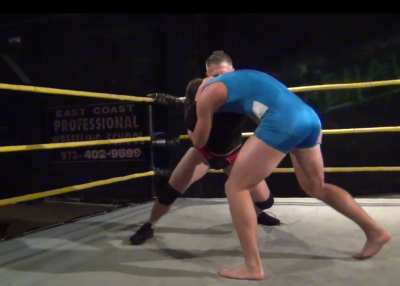 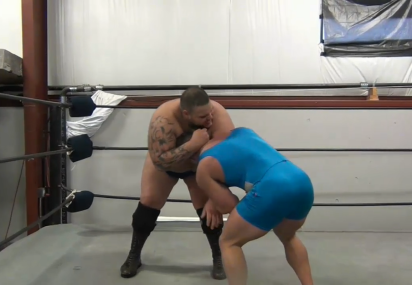 Again on the left here is Alex showing off the most spectacular feature on his truly spectacular body, that incredibly beautiful, round, muscled ass. On the right you can see from behind Joey similarly bent forward, his bodybuilder glutes bulging, the length of the legs of the singlet stretching farther down his relatively shorter stature. 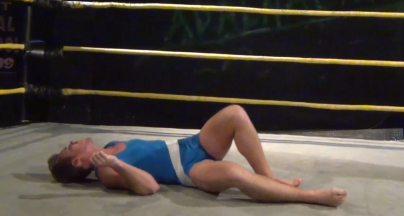 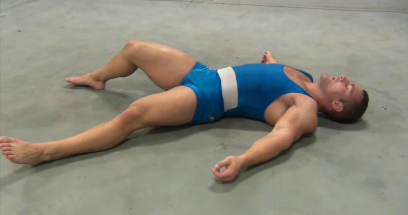 On the left, Alex is laid out, suffering like a champ, and looking in need of some blogger fan loving to rub out the muscle cramps and bruised ego he’s been left with.  On the right, Joey is flat on his back, squashed like a bug, and similarly primed for his beautiful body, now battered and vulnerable, to get the muscle worship adoration he so abundantly deserves.

So who wore the blue and white singlet best?