[Note: The following post is addressed specifically to BG East classic, Scott Williams, in response to his comment specifying what blog topics he would, personally, find entertaining. If you are not Scott Williams, you may feel free to continue to read, but just know that this is really all about pleasing the man of my dreams!]

Honestly, Scott, yours are the headscissors by which I judge all others. I love the way you milk them with waves of contracting muscle. It’s supposed to be a static hold, but you bear down ever tighter, shifting the angle, fine tuning the pressure. Other wrestlers try to make it look effortless, propped nonchalant on one elbow, smiling, pedestrian, pointedly not breaking a sweat. I grant you, that element of facile control can be super sexy, but then I think of that grimace of concentration on your face as you squeeze, light grunts of your effort punctuated by gasping agony of your prey. Every lovely muscle in your body is coiled, strung taut, actively crushing an opponent’s skull trapped between your relentless legs. Of course, I’m not telling you anything you didn’t already know, so let me turn my attention to surveying other “punishing quads” that epitomize both the brute force and the subtle artistry of sensationally sexy headscissors.

I have to confess, working on this has become a labor of love, and my list of killer quads to vet for you here just keeps growing. I’ve given up on attempting a definitive list in one post. Consider these 4 fine specimens as merely my first installment in paying you back for inspiring so much pleasure and so many homoerotic wrestling fantasies.

The first wrestler that sprang to my mind is Mitch Colby, and not just because I’m almost as big a fan of him as I am of you. Have you wrestled Mitch? I would imagine you and he would be well-matched in skill and temperament. Not only does he pretty invariably clamp on headscissors in almost every match, but he has this sensationally sexy way of locking on and then bearing down on them that reminds me a lot of you. He likes them super snug. He’ll often grab a fist full of hair and yank his opponent’s head as high as possible between this thighs for the extra pressure, and his pleasure. He’ll twist his hips to the side, really working it, crushing his opponent’s skull and cranking on his neck. When he’s firing on all cylinders, and he’s been squeezing a while, his eyes close. His face goes slack, and his head rolls backward. Now, I don’t know if he’s ever literally climaxed with some lucky fucker’s head crushed between his long, powerful thighs, but I feel pretty certain that’s what his face looks like when he cums.

My next set of punishing legs for your consideration, Scott, belong to Logan Vaughn. 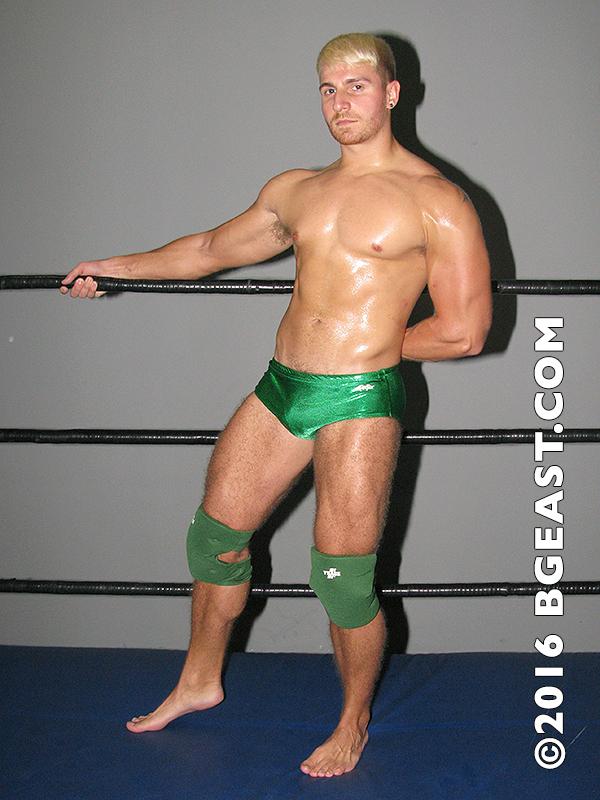 You’re the expert, of course, Scott, so tell me if I’m wrong when I say that the most punishing quads aren’t always the thickest. However, when I think scissors, I think of the thickest thighs I’ve ever seen on a wrestler: the lovely legs of  Logan Vaughn. Logan’s sojourn with BGE was tragically short, but his work elsewhere had all ready caught my eye by the time I saw him in exploiting his gargantuan quads to perfection in Florida Fights 5. Have you seen that match, Scott? Holy fuck, it’s a leg lover’s dream match. Logan’s inner thighs are like a black hole, irresistibly sucking Trey Dixon in, over and over. There are a dozen or more scissor variations, and every one of them completely incapacitates lucky Trey. Logan’s head scissors are the sweetest for my tastes, though. Trey’s head looks like a golf ball, completely dwarfed between the sequoias swallowing him. Logan is one of those hunks who make scissors look effortless, but seriously, if he earnestly bore down on them, Trey’s skull would have surely cracked. There’s seamless, totally convincing worship that breaks out, only when Logan permits it. This match is on my most-played list, mostly for the 8th Modern Wonder of the World that is Logan’s superhuman legs and the absolute perfect use he puts them to.

Correct me if I’m wrong, Scott, but I feel certain I’ve seen you trash talking with Kayden Keller on social media, alluding to having faced the hot, young heel in person. If so, you know better than I can imagine just how punishing Kayden’s quads are. 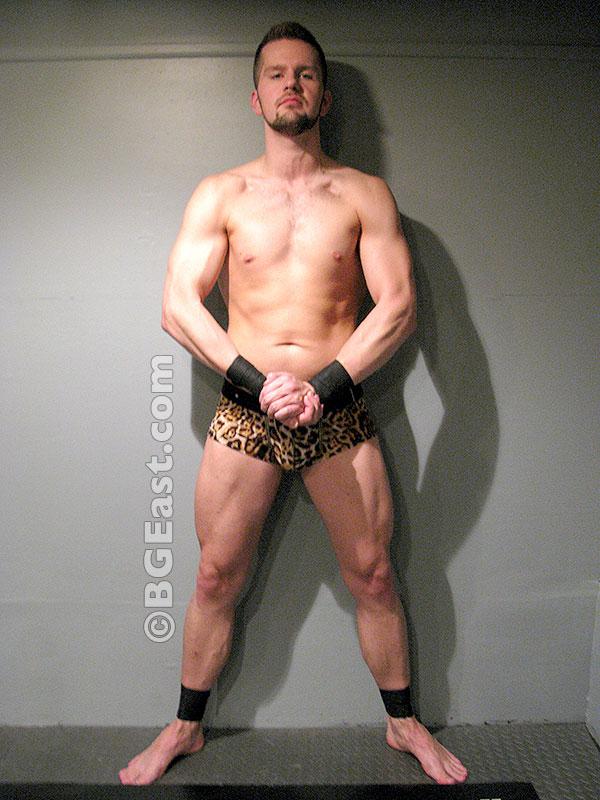 I have to include him in my list, however, because his legs make me swoon. Literally. Like, when I was fortunate enough to be able to conduct interviews at BG East a couple of years ago during a weekend of taping, I sat down with Kayden and commented on his stunning, sexy, strong thighs. And he flexed them, just smiling at me as I was instantly light-headed. I bravely attempted to continue the interview, but he just tugged his shorts up higher and flexed his quads some more, and I struggled to string together a coherent sentence. I’ve adoringly tracked his career over the years, from fierce heel pup to, now, the multi-award winning reigning Heel Champ of BG East. He’s grown up good, Scott! I don’t know when you may have faced him last, but I’d love to know if Kayden’s quads are as devastatingly powerful as they look, or as dizzingly sexy when they’re clamped across your skull like a vise.

I’ve got a list of twice this many names, but in order not to sabotage myself, I’m going to give you just one more for today. It’s a wild card. I don’t know how you might feel about competition bodybuilders and fun-and-games frat wrestling, but I’d like to draw your attention to Thunder’s Arena’s Loki.

I feel like you might not track someone like Loki because he dabbles in wrestling, and you’re, clearly, serious as a heart attack. But hear me out. This muscle kid is absolutely draped in luxurious, thick, aesthetic muscle. And when he hits the mats, 9 times out of 10, he’s going to shove an opponent’s skull between those gargantuan, competition-ready quads. So, sure, he may not be really on the same scene, but you’ve got to admire him for his ready impulse to crack craniums with his quads. Often, his fratboy opponents can’t help themselves but grab hold (in awe, I’m certain). To his credit, he just lets them. If they try to pry him apart, he just holds them by the wrist, keeping them close enough to touch, but not break the hold. The flashing of his flexing quads as his opponents face’s go 2-dimensional is pure gold. Judging by the look of exquisite ecstasy as they’re crushed in the vise, I don’t think it takes a lot of effort from him to make opponents see stars.

I’ll take a break now, because I’m a bit dehydrated, Scott. I hope this has given you a little entertainment and perhaps a little provocation. I’ll be back at a future date to explore the most punishing quads in wrestling some more, along with your other wish list item, some focused attention on Dirty Daddy!