I feel the fever. The winter Olympics in Vancouver are less than three weeks away. Hot, hard toned, world class athletes will soon assemble in one critical mass of muscled gorgeousness. I’m already feeling the winter chill thawing (in my pants). Beautiful bodies can’t help but sprout when determined young men train for world class performance.

As I’ve mentioned before, I’m unfortunately not in the know when it comes to winter sports. So many of the cold weather activities require so much bundling up, I simply have no idea who’s a hardbody muscle stud worthy of worship underneath all the gear. If only more ice gods would take their cues from now-retired skier Jeremy Bloom and show off more fantastic skin (or Dutch speed skater Jan Bos at the top of the post today).

Thank God for Mats Roger Jensen, the Norwegian speed skater who strips to his underwear to show off his freakishly massive thighs. Sweet mother, I’d give a body part to feel that power squeezing me. I’d pay money to see it squeeze someone else. If you know Mats personally, please pass along the offer. I haven’t yet really started to “follow” speed skating, but I’ve never seen a race that hasn’t turned me on, particularly when I’m in one of my legs-fetish moods. 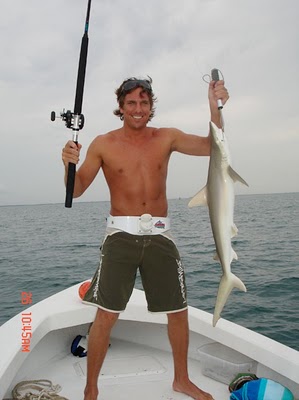 An helpful and knowledgeable reader passed along to me the recommendation to check out Henrik Lundqvist, the Swedish hockey goalie. The procession of objects of lust that Sweden produces is seriously mind-boggling. I think the idea of covering up Henrik’s sweet body with all that hockey goalie gear is criminal (at least a misdemeanor).

I’m looking for some more tips on who to lust after in Vancouver. My internet searches are pretty awful on the subject. As someone who isn’t a devotee, I’m not even certain who’s made their respective teams. Beautiful young American speed skater, Trevor Marsicano, looks like he’s got the legs to trade scissors with Mats. Yes, this is the third speed skater I’ve mentioned, suggesting that I’m particularly enthralled with massively muscled thighs these days. Speed skater muscle butts are also nearly unbeatable (though I’d like to give that a try).

Evan Lysacek has the idea. When you’re not covered from neck to toe in spandex (which has it’s own pleasures), unbutton your shirt and show off the toned torso. Watching figure skating, as sport, doesn’t get my competitive blood pumping. Seeing some hardbodies in spandex that hugs the curves of their tight butts does, on the other hand, get blood pumping, at least locally.
I know many of you out there are up on winter sports hunks, so through me a bone. Particularly those of you in Nordic countries that actually track these sports with enthusiasm, fill me in on who should be catching my eye and sparking my imagination in Vancouver in a few weeks.