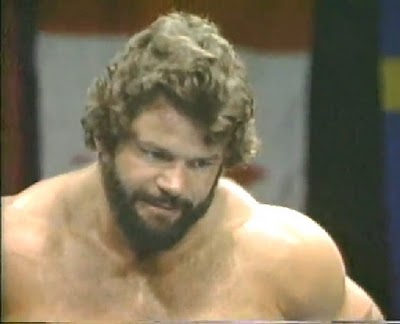 I’ve given 80’s pro-wrestler Billy Jack Haynes probably inadequate credit for turning me gay and carving a wrestling kink deep into the core of my sexual fantasies. I never bought any of his attempts at a heel turn. He was always a big, brutal, musclebound face, cock sure that his physical superiority was all that he’d ever need to tear his opponents limb from limb until they screamed in utter despair and he crushed him like a grape.

After struggling with my reaction to the ultra-skinny physique of NK rookie, Dragon, yesterday, I found myself craving big, thick, powerful beef like few have ever offered on the scale that Billy Jack did. Happily, more of Billy Jack’s matches continue to find their way onto YouTube, immortalizing the performances that grabbed me by the crotch and rocked me to my core as kid.

The commentators for this match between Billy Jack and Gerald Finley are nothing short of awed body worshipers. “Look at that… now, he looks like a Greek god, the way he’s built!” These are pretty much the first words of commentary for this match. And true enough, Billy was simply exquisite. He had a flat-footed, straight-forward stance that made him look like even more of a mountain of a man than his thick, hard muscles and 6’2″ frame already did. When I was watching Billy Jack weekly, it was a few years before this match, when Billy was even more a figure stolen off of the Acropolis, with a narrower waist that made his hard, round muscle ass and tree-trunk thighs look that much more divine. But that beard, the gorgeous head of hair, the furry pecs and bulging… well, the bulging everything made this version of Billy Jack perhaps the most erotic of his incarnations. 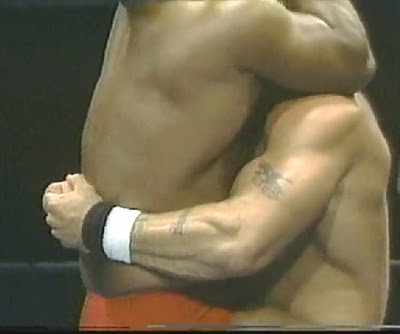 The elements of this match are all classic Billy Jack, as far as I remember him from the early 80’s. He delivers (entirely legal) forearm smashes that crush his opponent helplessly into the mat. He milks his fully suspended bearhug for every ounce of punishment it has to offer, rolling his fists savagely deeper and deeper into Finley’s tortured back. When Finley launches the one offensive effort he puts up in this contest, he literally bounces off of Billy Jack’s gargantuan pecs as if he’d just tried to tackle a brick wall. And, in the end, Billy Jack looks like he a out to rip the poor sucker’s arms out by the shoulder joints as he applies his signature finisher, a full-nelson for the ages. 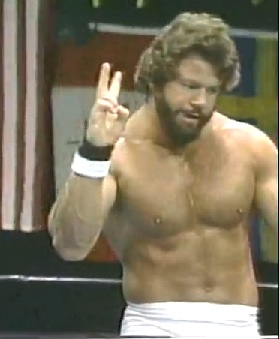 The more I think about it, the more I wonder if perhaps my love lost with mainstream pro wrestling might be rooted in the way that WWF plasticized and softened up Billy Jack in the 90s. I realize that jumping promotions is frequently accompanied with an entirely rewritten character, but WWF wrote everything out of Billy Jack’s persona that grabbed me so powerfully years earlier. Billy Jack was “pretty” for all of about 3 weeks in 1982, as far as I’m concerned, but he was never “ugly” until WWF got a hold of him. To me, though, he’ll always be the Greek god, carved out of marble and equally as hard and crushingly brutal as cold stone, ever committed to the illusion that the best man will win, and always somewhere along the story arc of building the image of the juggernaut or suddenly shocked disbelievingly by derailing dirty tricks of mere mortals, unjustly stripping from him the dignity of victory that he always believed to be rightfully his. Thanks for the delightful memories, avk62.

One thought on “A Greek God”