Skip to content
August 10, 2011July 1, 2013 wrestlebard
Have you ever been pushed too far? I’ve been there. And I recognize that moment when I see someone else who’s suffered one too many indignities, one too many injustices. I’m familiar with that moment when we realize that playing by the rules, following the script, and knowing our “place” are guaranteed to get us nothing more than another boot to the teeth. It’s a desperate moment, forged out of an existential crisis. It’s a dangerous moment, when the normal boundaries and consequences that typically operate to establish order unravel right before us. When the scales fall from our eyes and we see how we’ve been complicit in our own oppression, when our eyes seem to open for the very first time to recognize that how we choose to act in this very moment is entirely and unalterably no one’s call but our own, there’s something primal that can rise to the surface that can envelope us and those around us with something deeply unsettling, tapping into the brutal, dark corners of our collective unconscious. Have you ever been pushed just too far, and decided then and there that you weren’t going to take it anymore?

I’m sitting from thousands of miles away combing through scarce news coverage of the riots in London. I say scarce, not because there aren’t headlines on every news outlet I can find. They’re just scarce because the stories that accompany the headlines are absurdly superficial. There’s nearly no context. The media are clearly at a loss to make any attempt to explain (not justify, just explain), how a fatal police shooting could spark three nights running of rioting and looting that have left Scotland Yard slack jawed and impotent. I was just in London last month, and the notion of buildings being burned and shops being looted in the face of an ineffectual police is hard to reconcile with my memory of that busy, bustling, extremely efficiently ordered urban landscape. As a result of the bizarrely vapid news coverage, I have no idea what’s really going on. But I recognize that moment… when people have had enough and the rules of a well-ordered society are kicked to the gutter because of one too many indignities, one too many injustices. When people seem to emerge from the woodwork to participate in seemingly senseless acts of rage, bullying, and lawless pilfering, effectively calling the bluff of a police force that was never meant to be equipped to corral an out of control guerilla mob that’s given up on all pretense of “civility,” that moment speaks to me of deep seated injustice that’s pushed a whole lot of people one step too far to contain any longer.

The concept of a “market correction” is a commonly understood phenomenon these days. So when the trading markets around the world witness the evaporation of untold trillions of dollars worth of equity (read: people’s pensions, livelihoods, scholarships, resources to conduct live-saving research, etc.) over the course of a single day, as happened on Monday, there isn’t quite an existential crisis. We make sense of the senseless catastrophic implications by calling it “a correction.” It’s cast as a mere adjustment to the over-reaching greed of undeserving market speculators. Rather than a means of destroying the lives and livelihoods of millions, it’s repackaged as an act of justice, the delivery of equity, a “correction.” While I’m not a student of economics, I am a student of the history of the modern social welfare state, and we have a parallel phenomenon there. Once or twice in a generation, elitist political environments tout austerity and market liberalism as inviolable social values, resulting in a massive pullback of social involvement in providing a baseline level of material goods necessary for human dignity and survival among the most impoverished and oppressed among us. As a result, the desperately poor get that much poorer. The institutionally oppressed are ground down into the dirt that much more humiliatingly. And then one thing happens… it can be just about anything really. It can be something that seems almost tolerable in comparison with the mass of injustice being heaped upon the underclasses relentlessly. But there’s an event… a group of veterans protesting the denial of their pensions are roughed up and violently routed by an overaggressive police force… a courageous leader is shot dead by an unbalanced ideologue… students protesting an unjust war are mown down by the police ostensibly there to “keep the peace”… and it’s just one thing too many to tolerate. Often in the already oppressive heat of the summer, a spark ignites already raging tempers. One event spreads like a wildfire, and fuck-’em-all violence breaks out in pockets. Pockets of fuck-’em-all violence push still more people to question why they hell they’re putting up with the indignities that they bear, and still more violence erupts and spreads. 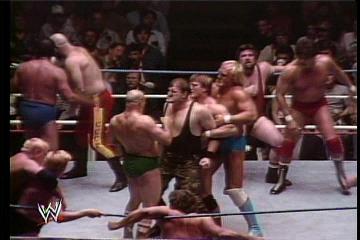 Francis Piven co-authored the seminal work on this whole theory of the cycle of austerity, violent social upheaval, and the subsequent social correction in welfare policy (and has since been demonized by Glenn Beck to the point that ultra-right nutjobs have forced Piven into hiding from the flood of death threats against her) that happens when societies readjust their welfare systems to alleviate the very worst of the poverty and indignity. The argument is that welfare states are like a steam valve, holding in systemic injustice and degradation of the underclasses until violence threatens to envelope all of society, at which point the valve is released, welfare is doled out a little more generously, until the underclasses don’t feel so desperate, until they feel that there could be something worth giving “the rules” another chance for, that better days might be ahead of them if they just color within the lines once again. Once the rich start to skim more and more off the top, eventually austerity is reimposed on the poorest once again, until the whole steam valve scenario comes to a head once more.

Is this what’s going on in London? In Syria? In Egypt? In Iran? Is this ahead of us in the United States, because it’s certainly woven through our past. It wouldn’t be the first time that all hell broke loose and the frightening vision of a world of supposedly senseless chaos seemed to threaten to swallow up everyone and everything. I feel profoundly sad for the loss of life and property that accompany riots and massive social unrest. But don’t we recognize that moment when we see it, from the perspective of the battered and beaten underdog who’s been pushed one step too far? It doesn’t justify anything, but while the BBC seems to be able to categorize the riots as nothing but senseless, there’s something in me that says that although I don’t know what the hell is really going on over there, I know what it’s like to say fuck the rules. I’ve had enough of this shit.

One thought on “Pushed Too Far”