I’m delighted to report that I have pieces of homoerotic wrestling fiction piling up around me! First off the top of the pile is a sweetly poignant pro-wrestlers-turned-homoerotic-objects-of-lust chapter from Alex’ “AWL” series.  You know the primary protagonist: babyface jobber with a heart of gold and a body of beef, Danny Chase.

Danny seems always just a fraction behind the curve at all times.  I suppose not all professional wrestlers are rocket scientists, though one of my very favorite personal fantasies is when they’ve got the brains to match the brawn.  Danny, however, is more big-hearted than sharp-witted, and events frequently take him by surprise and require him to think on them long and hard before he manages to figure out which end is up. 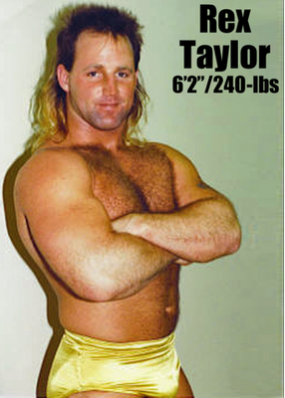 In this case, the main mystery has to do with his best buddy, Rex Taylor.  You’ll remember it was Rex who introduced Danny to the lucrative side hustle of the “Men’s Wrestling Alliance,” where the hottest pros go to moonlight for the type of guys who get off on the homoeroticism of wrestling (you may be familiar with the concept).

The two new muscle beasts that make this story so delightful are a couple of Italian power houses.  The Italians are brutal, merciless, and built like Roman gods, which is how I like to imagine all Italians are.  When he finds these guys in Rex’ face, Danny can’t figure out what their angle is.  The action reaches the ring (thank god), and there’s something oddly compelling for me about the Italians and their commitment to the “rules of the ring.” Fantastic story again from Alex.  Check it out by signing up for the Sidelineland group, and contribute your own original works of homoerotic wrestling fiction as well!

2 thoughts on “The Italian Job”