I have a few more reviews to write for December releases, but I’m ready to crown the final HWOTM for the year 2016. There were a lot of very high quality matches last month, with a number of outstanding performances that would have earned the title in less competitive months. But I was smitten. In fact, my level of instant infatuation sort of startled me just a bit. Rounding out the HWOTM title holders for 2016 is none other than… 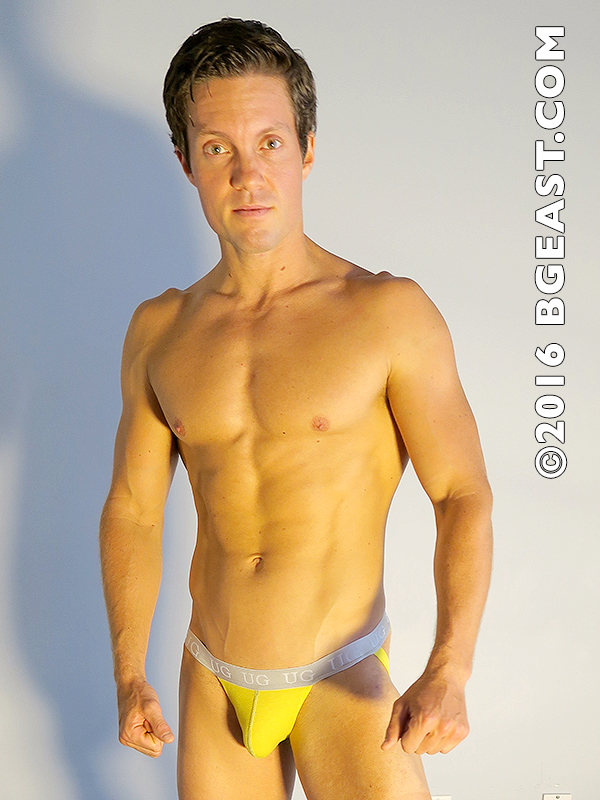 I’ve been noticing lately that I’m getting turned on by smarts. Intelligence is the unsung hero of my crotch these days. So when Payton faced off against body beautiful Van Skyler last month in Undagear 26, he yanked my crank with both hands by  whipping out that razor sharp wit. “Pain is not mandatory,” he lectures in that cock warming French Canadian accent.”You should give up, you should,” he calmly advises like a guidance counselor. “Pain is just weakness leaving the body,” he coos like a yogi as he rips Van apart in an abdominal stretch. He’s like the Pietro Boselli of Montreal, if Pietro was a philosophy professor instead of into numbers.

It would be disingenuous of me to imply that I crushed on Payton just for his brains, though. That. Body.  Honestly, I’ve been waiting to hand Van an award of some sort for over a year, because he has all of the raw ingredients to absolutely become the Fantasyman franchise. So I’ve been waiting for that first victory, that first flash of charisma and personality. And he showed up to Undagear 26 and absolutely delivered it! I love him in this. He’s relentless and mean. He’s ready to grab hold of some underwear model and whittle him down to a sniveling little bitch, which, ultimately, he sort of does. This match really should have been entirely about putting him over. And I’m pretty sure a lot of fans read it that way. But for me, shockingly, out of nowhere, there’s one fatal spoiler to that narrative: Payton Meadows goes toe to toe in comparison to every one of Van’s obvious assets.

Other fans whose opinions I respect immensely couldn’t take their eyes off of Van, but I was instantly and continue to be infatuated with Payton’s body. I almost couldn’t believe it the first 5 minutes or so, that (in my opinion, granted) someone, anyone, was upstaging Van’s physique. Like, seriously, I was questioning my reality. Is this actually happening, or am I having a ministroke? Am I actually wanting Van to take the offense because it’s showing off Payton’s body in the foreground!?

The kicker came when Payton took a victory lap after violently wrenching his first submission out of Van, by throwing him to the floor and ripping Van’s trunks off. This should have been the moment that the choir of angels broke out into 8 part harmony in my head at the first glimpse of Van’s magnificent muscled cheeks unleashed. And, absolutely, I fucking loved watching him getting stripped. But then Payton just stands there, legs spread wide, leering down at the fantasyman, and lifts his arms up, silently demanding to have his own briefs removed. The fucking balls on this newbie, insisting on going skin for skin with the mostly dazzlingly pretty piece of ass to hit the industry in the past 2 years!

And Van does. And that choir of angels blasts in my eardrums. Like fucking Jesus the Redeemer, Payton stands there with arms outstretched wearing a perfectly fit jockstrap. Perfectly smooth complexion. Perfect proportions. Perfectly aesthetic muscle tone. And what has to be the most delicious looking ass on the planet.

Payton sweetly sells the cocky, dazzling young upstart who is convinced of his superiority, but who, slowly, despairingly, gets worn down to a nub. He keeps trash talking, even as Van opens up some distance. “I’m just getting warmed up!” Payton snarls defiantly when Van demands another submission. All that gorgeous, bronzed muscle gets owned, over and over, and Payton’s smart ass trash talk starts to reveal that he’s coming to terms with the harsh reality that he’s getting trashed hard. He goes from unbreakable to beaten with nuance and authenticity.

And when he’s starting to really get bullied and humiliated, he racks Van’s balls with his forearm, picks him up by that same forearm, and pins the fantasyman agains the wall still getting racked, off his feet. Pinned to the wall. Actually pinned to the wall. It’s powerful and brilliant. It isn’t a move that an underwear model dabbling in gay wrestling would attempt. It’s got attitude and ego. It’s threatening and soul/ball crushing. After all the smartassness is worn away and Payton comes face to face with his own mortality, he responds by going beast mode. Fuck, I love that moment.

Payton’s had a hard couple of debut matches. I get the impression that he may not have grabbed his audience the first time around. But I’m praying to the homoerotic wrestling gods that there’s another season for this unquestionable hit. He has all of the potential to be a breakout star, and he deserves every last ounce of the homoerotic wrestler of the month crown.

3 thoughts on “Homoerotic Wrestler of the Month”