Skip to content
November 15, 2010July 1, 2013 wrestlebard
You know how this works. Some hot thing catches my eye, and my imagination starts working on overtime. Since TLC is now endorsing right wing nut jobs by paying them to advertise for future runs to install themselves as religio-fascist authoritarians, I’ve migrated to get my DIY-fix over at HGTV. The parade of hot carpenters continues to astound me, certainly foreshadowing a sequel to the Carpenters battle royale in my wrestling fiction (eventually… my plate is very full at the moment). But I’m obsessing most over two hosts with the most who, I think, are tailor made for a classic babyface hero v heel ring match.

Our knight in shining armor must be Income Property host, Scott McGillivray. Holy hell, this Canadian is gorgeous. His floppy hair, big white teeth, and clearly fit body (though we never see enough of it) were made for entertainment. 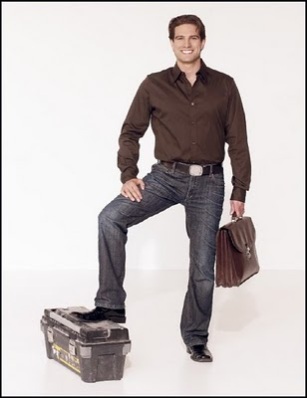 Other than the prerequisite of possessing a babyface, what makes him the babyface hero in my emerging scenario is his subtle, confident, and loving to be cheered-for persona. He’s such a ridiculously clean cut, play by the rules, cut no corners, completely transparent good guy with a false-humility standing in for a healthy dose of self-righteousness, and a folksy Canadian accent to go with it.

And the flop of hair always threatening to fall into his face is screaming out for someone who doesn’t mind hairpulling to fling him across the ring by his locks.

Enter my nominee for the heel to spoil Scott’s lust for crowd approval: Marc Bartalomeo. This New York Italian hosts the show Kitchen Impossible, where he swoops in save renovators who’ve gotten in over their heads with kitchen rehabs. Despite working the same gallop-in-and-save-the-day scenarios, Marc has a distinctly different style than Scott, I think. Scott gives options, respectfully collaborating and negotiating. Marc plops down his junk, tells the homeowners what they need, and steamrolls right through. 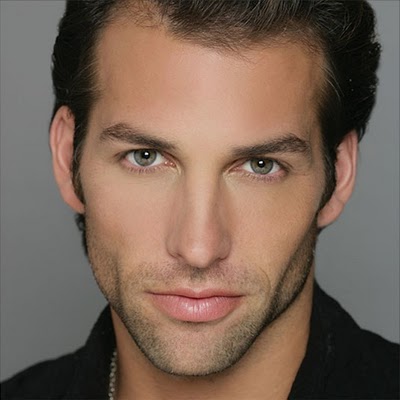 With his New York accent and a body built for demolition, Marc is destined to heel. He’s shown that he’s ready to play naughty with some early career modeling shots. Where Scott comes across as simply adorable, Marc strikes me (please) as dripping with sex, a line ‘em-up-and-fuck-‘em-against-a-wall sort of sex pig who lures them in with a wink and a dimple, and then instantly turns into a foul-mouthed sadist.

I don’t imagine that Scott would job here, mind you. In fact, with a screaming crowd behind him, I could see him going toe-to-toe with Marc, possibly sporting superior technique and speed (the overachiever that he is). 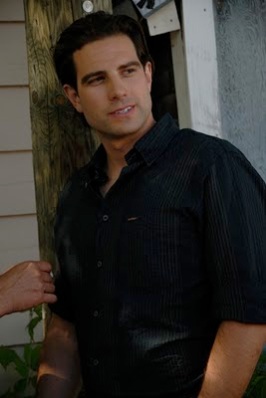 But when Marc lands some low blows, drags smiley boy across the ring by his hair, pins his face to the canvas with his crotch, and ties him up in the ropes, Scott would simply have to make the decision that he doesn’t want to face. He’s either going to take a stroll to the dark side to fight fire with fire, or he’s in for some nasty humiliation, perhaps with a well-worn Italian cock planting a flag of victory up his ass as he’s bent over a turnbuckle (in front of the awestruck crowd).

Either way, I’m all for it. 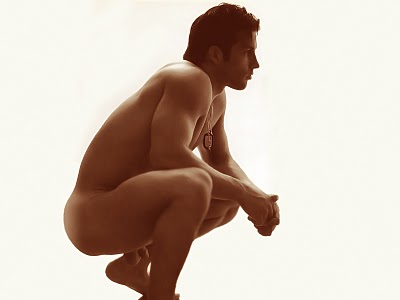