Flex’s magnificent muscles, gorgeous proportions, and porn-ready cock were not enough to knock Mikey Vee’s legendary muscle ass off of the BBB throne. The poll turned into the wrestling equivalent of a heel beatdown against a stubborn opponent unaccustomed to getting steamrolled. David once again narrated a ton of the action in the comments, and it’s a dizzyingly sexy, “full-contact” (to say the least) muscle massacre. Personally, I picture the climactic moment with Mikey’s naked ass smothering Flex, flat on his back, in the middle of the ring. Mikey hooks one of his opponent’s legs and folds him up, pinning him solidly and really planting his face deep up Mikey’s massive glutes. Of course, pins mean nothing, so Mikey grabs Flex’s battered balls with his free hand and twists hard. Flex probably submits, but there’s nothing but muffled grunts and whimpers from deep up Mikey’s cavernous crack. The grunts and whimpers finally grow silent. Still perched on his face, Mikey lifts and drops Flex’s right hand three times, confirming that the Can-Am gladiator is out for good.

So today is the final match in this round of the Battle to Be the Best, classics edition. There are so many more classic homoerotic wrestling stars who probably deserve a crack at the title, but with only one last spot, I’ve sweated over the choice of just one classic hunk to get the chance to unseat Mikey. Honestly, Mikey mowed through most of the classic hunks at BGE in his career, so I’m casting the net wider for the last contender. I’ve settled on giving this last shot to Ace Hanson aka Eric Reins of Thunders Arena and Can-Am/JetSet fame. Devastatingly pretty and deadly dangerous, Ace never made it to the BGE roster, which made a full throttle muscle match against Mikey merely hypothetical. So here’s his likely one-and-only chance to tap Mikey’s legendary ass and swoop in at the last second to claim the title of the Best of the Best. 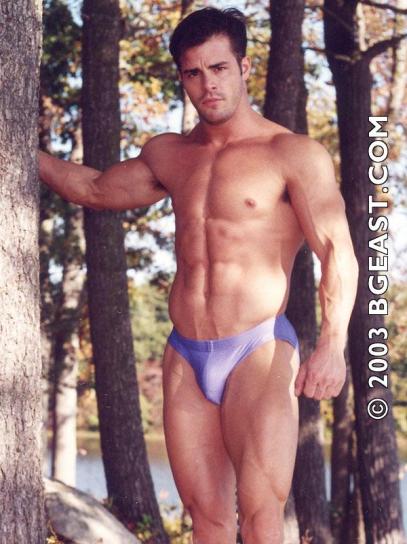 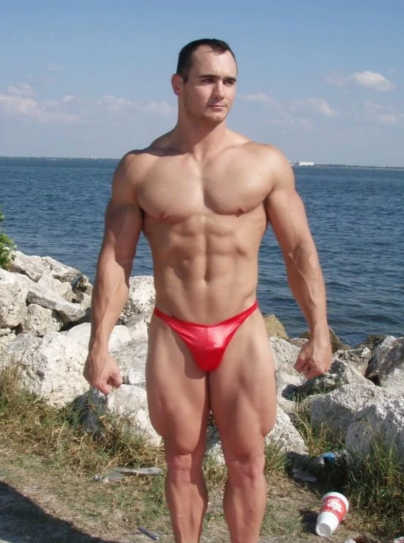 In the ring, no rules, only a submission or knockout matters. One of these two magnificent musclemen can win the Battle to Be the Best. You decide by voting here, and comment below to describe the climactic end to this brutal elimination series.

2 thoughts on “The Battle to Be the Best: Classics”